One summer day in 1981, two alumni of the 1946-47 classes were attending a meeting on the scenic banks of Lake Norman. One alumnus arrived at the meeting on time and the other one was late, missing the opening of the meeting. The one arriving on time had a magnetic idea and was burning with anxiety to share it with the group.

The other arriving late had an electrifying idea and likewise was eager to share it with the group, and did so during the social part of the meeting. Unexpectedly, the ideas were the same, without any communication transpiring between them.

The ideas were “Let’s bring together all organized classes under one umbrella and become the West Charlotte High School National Alumni.” The two alumnae were Mae C. Orr and Rudy Torrence. It was two great minds working unconsciously on the same psychological wave pattern. Their devotion, love, respect, appreciation, and the nucleus for the shaping of their lives drove them to a desire of supporting and continuing to illuminate the excellence of “West Charlotte High School.”

In the fall of 1981, under the leadership and administration of Rudy Torrence, the West Charlotte High School National Alumni Association, a non-profit organization, was established.

During the year of 1982, the old cliché “A house without rules will not stand” pierced the mind of Mae C. Orr, and she developed for the Association the Constitution and By-Laws.

Once again, three years have passed and it is time for the association to choose a new leader, the third president, Mrs. Mable H. Latimer, Class of 1952.

July 1992, found the Alumni Association in need of a new president. Mr. William P. Hamlin, Class of 1963, accepted the leadership role for the next three (3) years.

The torch of leadership for the Association was passed to Ms. Geraldine T. Powe, Class of 1944, affectionately called “Gerri” and sometimes “Sarge.”

In July 2001 Earl L. Adams was installed as the seventh president.

In July 2004, Rufus W. Erwin accepted the mantle of leadership of the National Alumni
Association.

In July 2007, Veronica Davis, Class of 1967, accepted the mantle of leadership of the National Alumni Association.

July 2010, the National Alumni Association passed the leadership torch on to Ella D. Dennis, Class of 1966 for the next three (3) years. She was installed as the 10th president. 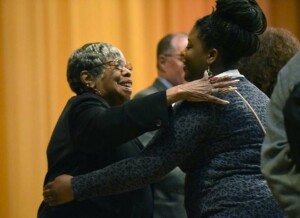 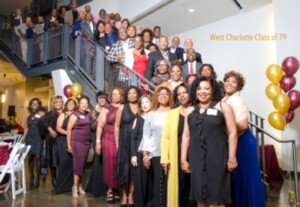 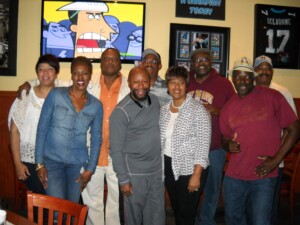